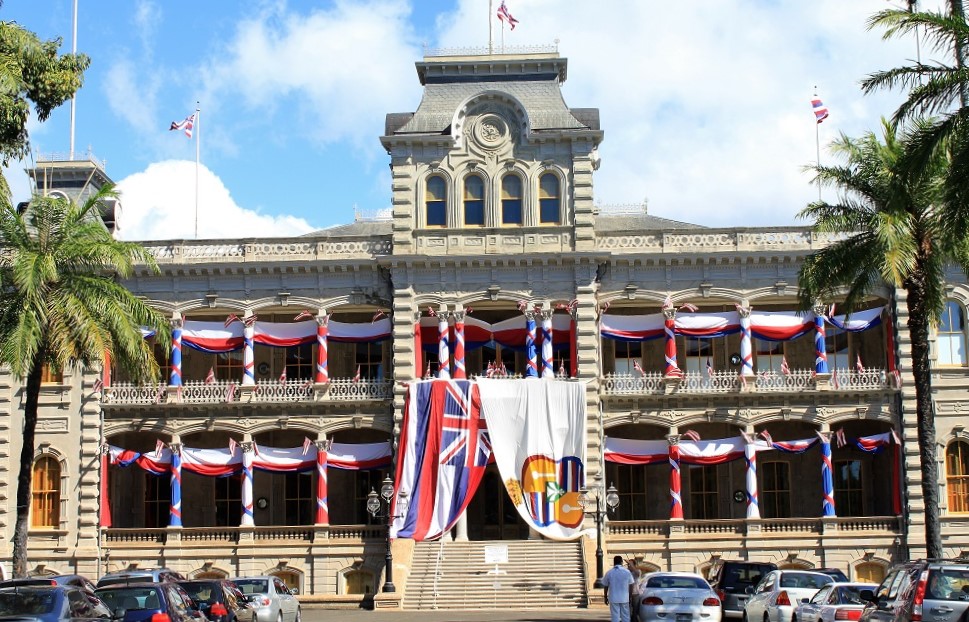 Iolani Palace is one of Oahu's most revered National Historic Landmarks, and must see things to do in Oahu.  This historic Honolulu Attraction is located in the civic center downtown Honolulu, and is actually the second palace that was commissioned to be the official residence of the Hawaiian monarchy.  Today self guided and docent-led tours are given on the Hawaiian Palace, and depicting the history that took place here.

Get your discounted admission passes before arriving at the Palace! 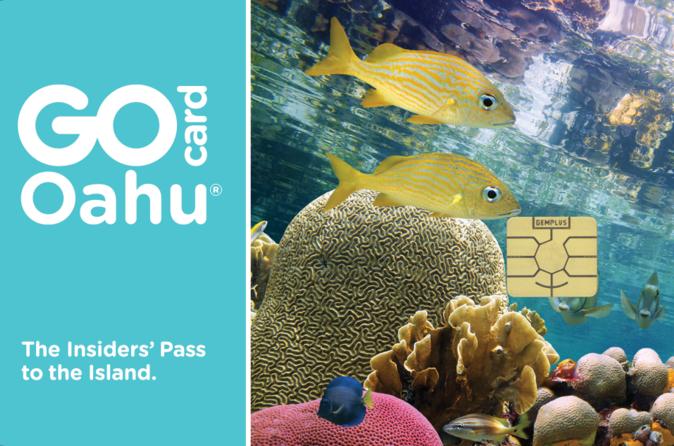 Visiting the Hawaiian Palace is a fun easy thing to do in Oahu.  Not only does it give you a piece of the Royal Hawaiian history, but also shows you the way they lived, displays some of the treasured artworks, and beautiful detailed finishes & architecture of the palace itself.

Catch the Royal Hawaiian Band that performs on the grounds during the lunch hour on most Fridays (Noon to 1 PM, non-holidays and weather permitting).  This band has a long history playing for the public since 1883, when they were introduced in San Francisco. 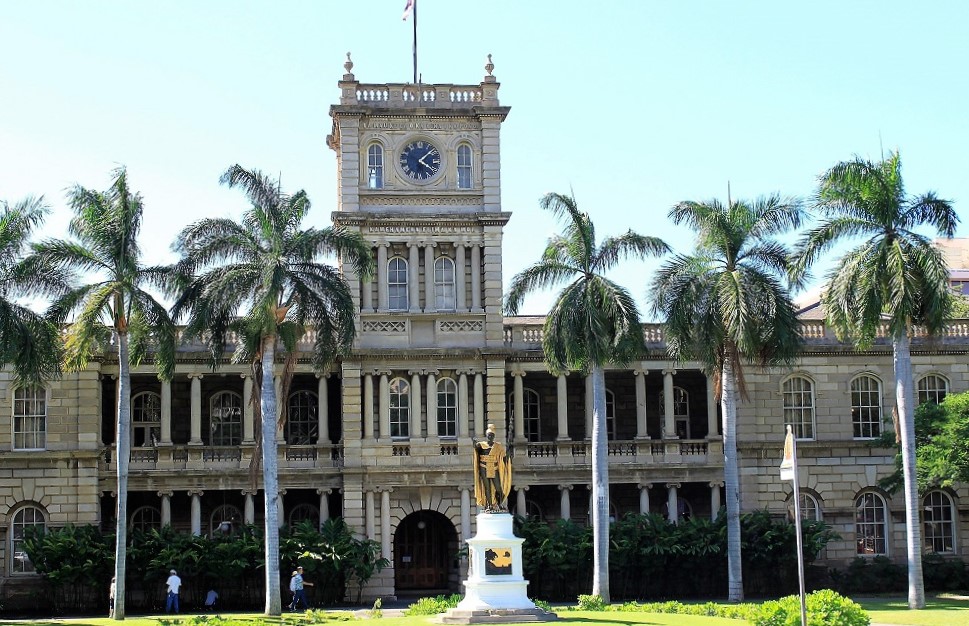 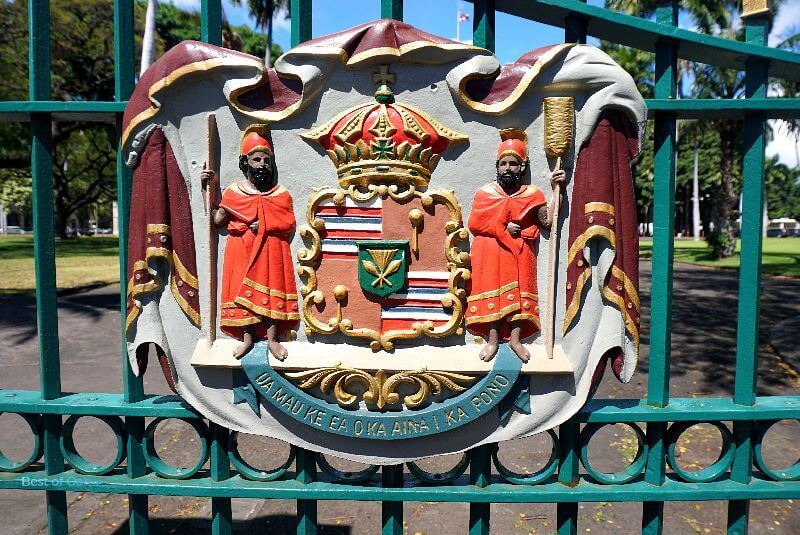 The first version of the Iolani Palace was more a traditional Hale Ali'i (translated as House of Chiefs) designed with no sleeping areas, and only spaces for official ceremonies, a dining room, and a reception area.  Huts around the "palace" were the sleeping quarters of the royal family. 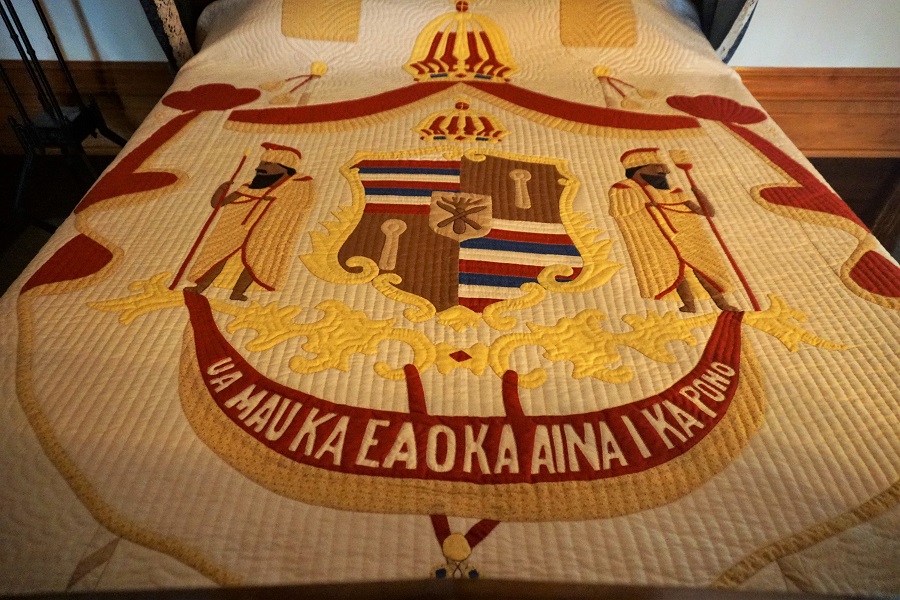 This first version was built in 1844 by Mataio Kekuanao'a (try saying that 5 times in a row), a Royal Governor of Hawaii, for his daughter, Princess Victoria Kamamalu, the King's niece. 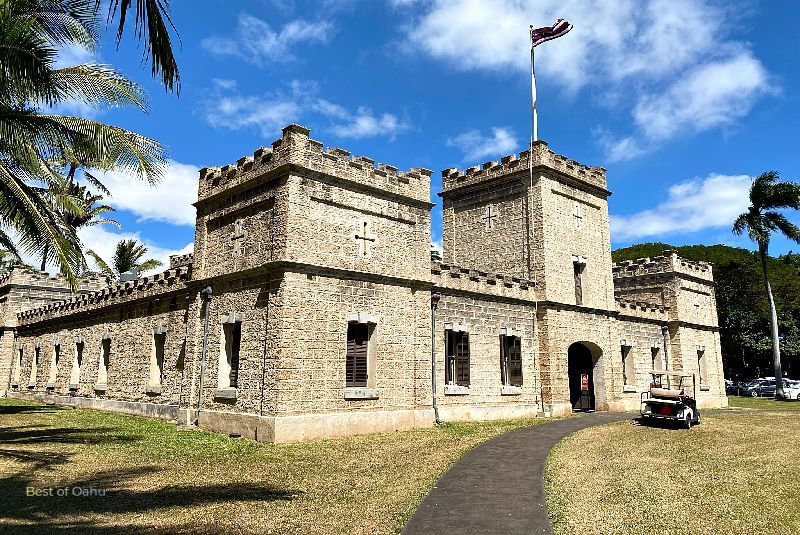 King Kamehameha III purchased it from Princess Victoria in 1845.  The first palace was renamed to Iolani Palace and it became the official residence of the monarch from King Kamehameha IV, King Kamehameha V, Lunalili, and the early years of King Kalakaua's turn on the throne.

If you wonder around the site along the grand lawn, you will find a fenced scared mound burial site where Kamehameha II and Queen Kamamalu were put to rest after succumbing to an outbreak of measles. 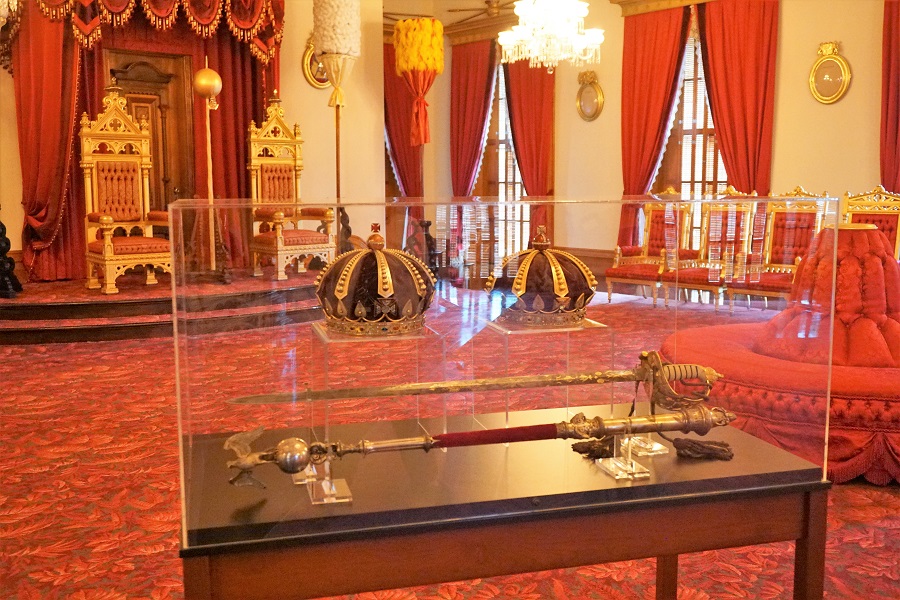 It was King Kamehameha V who actually commissioned the construction of a new building that was more in line with what a palace would be -- one that was more fitting for sovereignty.  He named it "Ali'iolani Hale" (House of the Heavenly King) and it was built across the street from the original Iolani Palace. 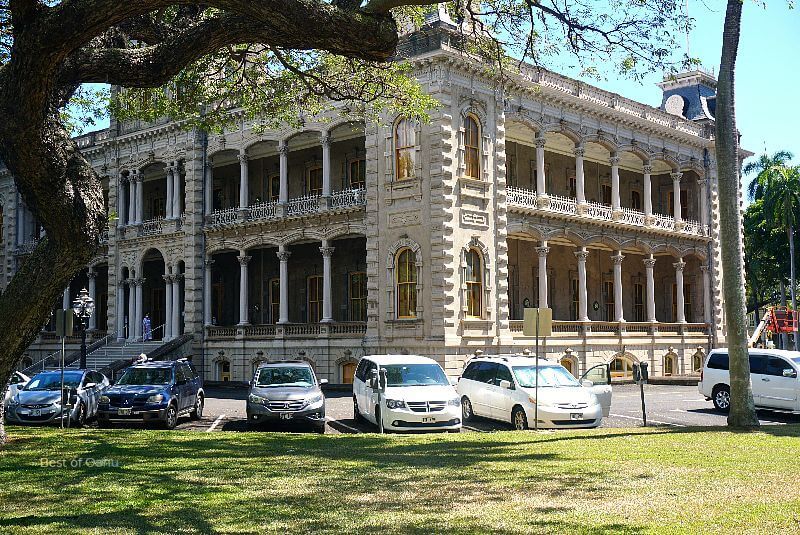 In case you're wondering what King Kamehameha V names the new and much more grand palace, he named it after himself of course!  The king's full name is....are you ready... "King Lot Kapuaiwa Kalanikapuapaikalaninui Ali'iolani Kalanimakua Kamehameha V" (whew! I thought the Royal Governor's name was tough, I can't even say this one once, let alone 5 times!). 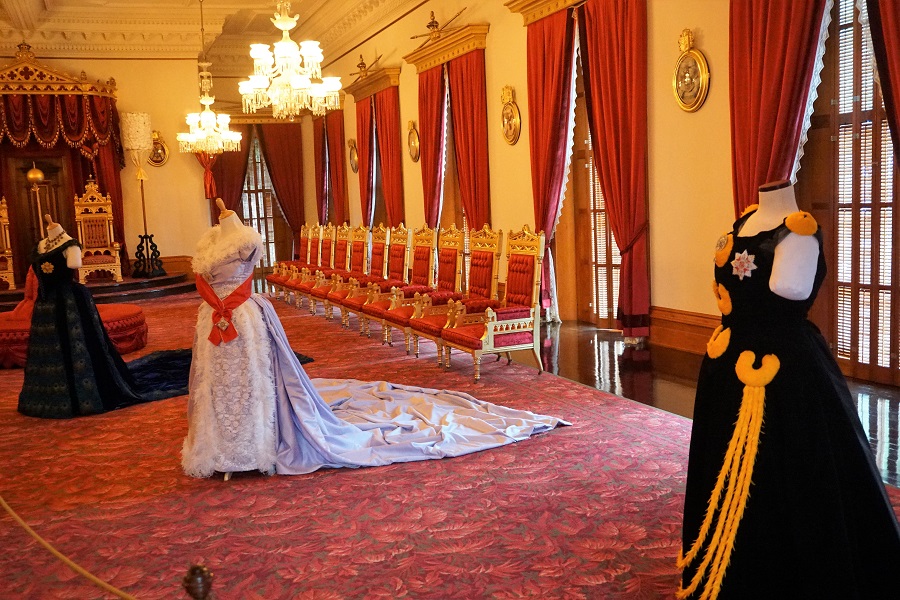 By the time King Kalakaua took over the throne, the original (first) Iolani Palace  had badly deteriorated.  The king ordered it to be condemned and demolished.

King Kalakaua traveled around the world and had the opportunity to witness the grand palaces in Europe and other royal families.

He then commissioned the construction of a new Iolani Palace across the street from King Kamehameha V's Ali'iolani Hale. 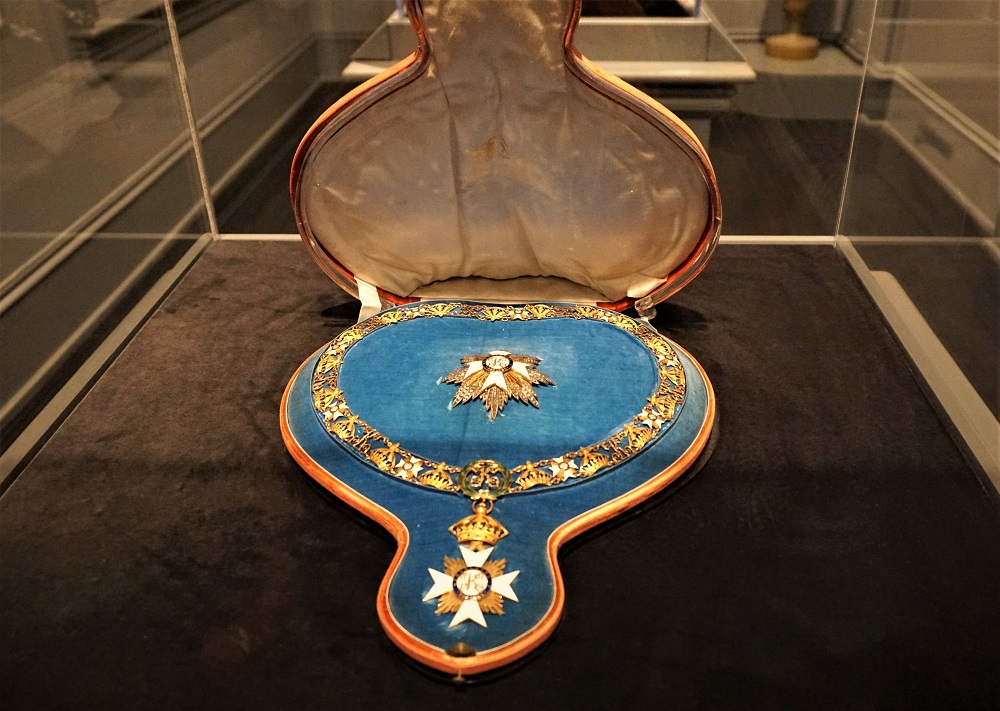 The new palace was finished in 1882 and cost a whopping $340,000 (a huge amount at that time).  The unique architectural style of the new Iolani Palace Honolulu is said to be called American Florentine.

In 1893, Hawaii's monarchy was overthrown by the Committee of Safety.  Iolani Palace Honolulu was taken over and the government administration moved in within a few months' time. 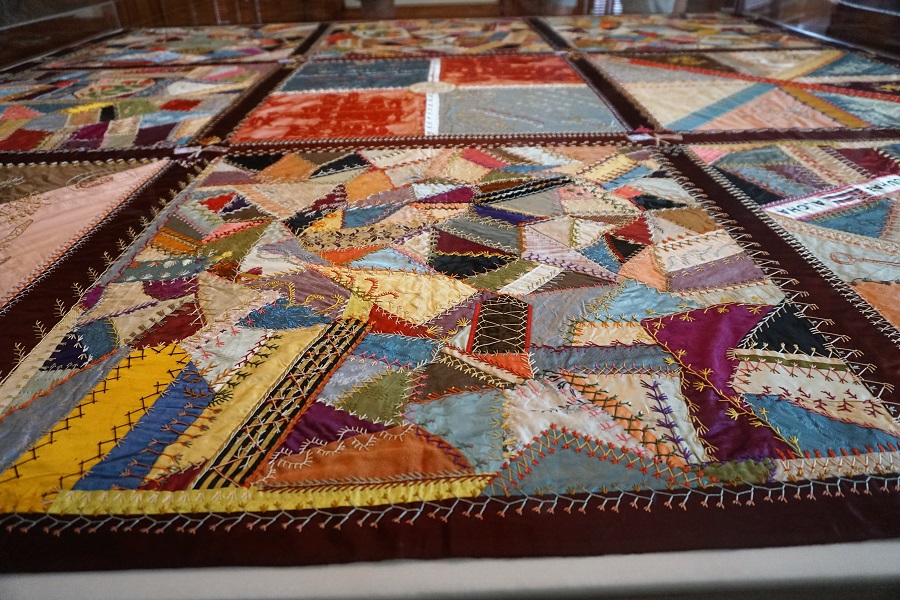 The palace became the "Executive Building" for the Republic of Hawai'i.  Its contents that were not suitable for government office purposes were sold at auctions.

Sadly, Queen Lili'ukalani was imprisoned in a small room in the upper floor for nine months.  The quilt she made during that time still exists and is on display at the palace today. 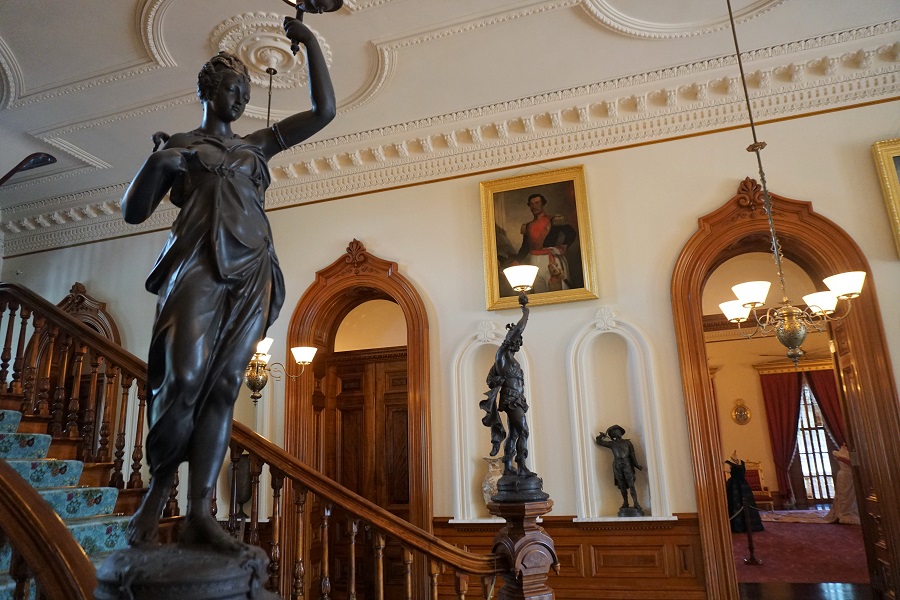 Some interior restoration of the palace started in 1930 and the name "Iolani Palace" was revived in 1935.

The building was then occupied by the military governor.

Government occupation of the palace for more than 70 years took its toll and the building was in a state of disrepair. New restoration efforts were taken up in the 1960's.

Fun Fact The Iolani Palace is the only palace found within US borders! 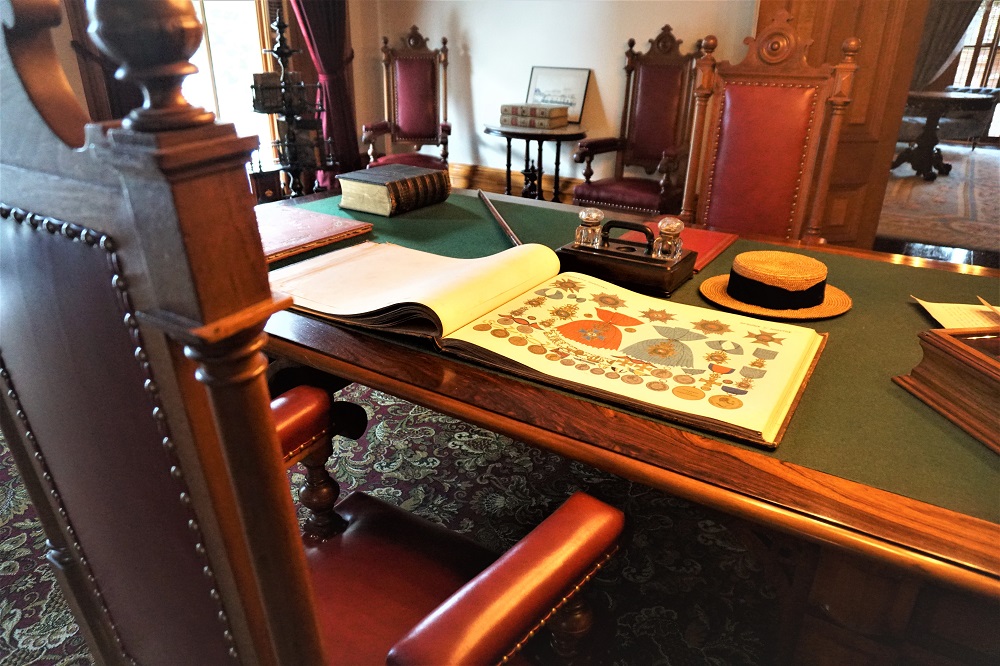 In 1962, the palace was designated a National Historic Landmark and was added to the National Register in 1966.

The government offices moved out of the Palace in 1969 complete restoration of the grand palace started.  Many of the original palace contents were found and returned to the palace through the efforts of researchers and museum personnel. 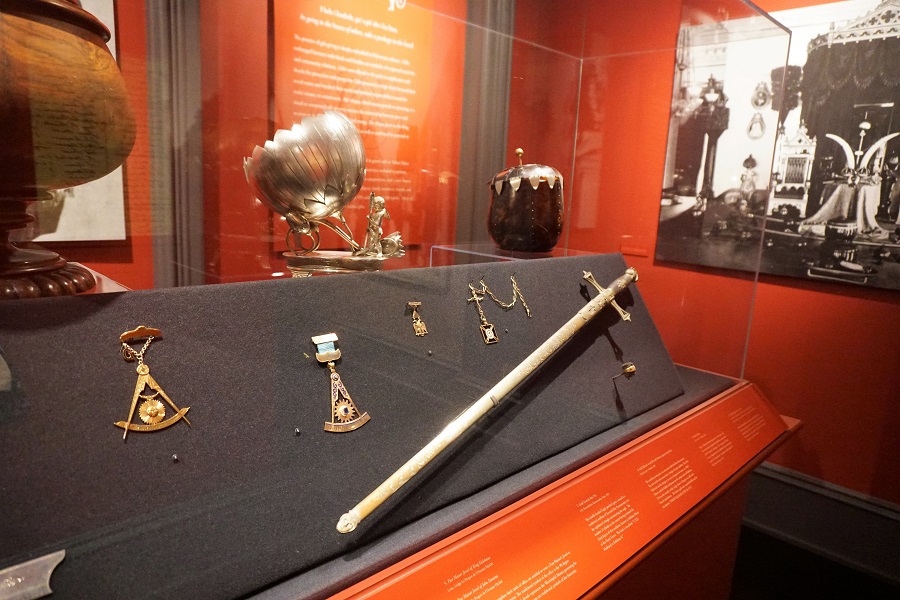 Private donations and government grants were used to restore the palace back its grandeur to the time when the monarchy resided in the building.

The  beautifully restored Iolani Palace was opened to the public in 1978 as a museum, housing many of the monarchy's precious memorabilia, after its intensive restoration.

Fun Fact:  Many of the scenes from Hawaii Five-O, the original series from  1968-1980 were filmed in the Iolani Palace, where police headquarters were housed at the time.  The 2010 remake also filmed some scenes at the palace.

The Coronation Pavilion was originally built for King Kalakaua & Queen Kapiolani in 1883.  Today it is still put to good use by the Royal Hawaiian Band that plays here for an attendance looking to enjoy a free afternoon concert. 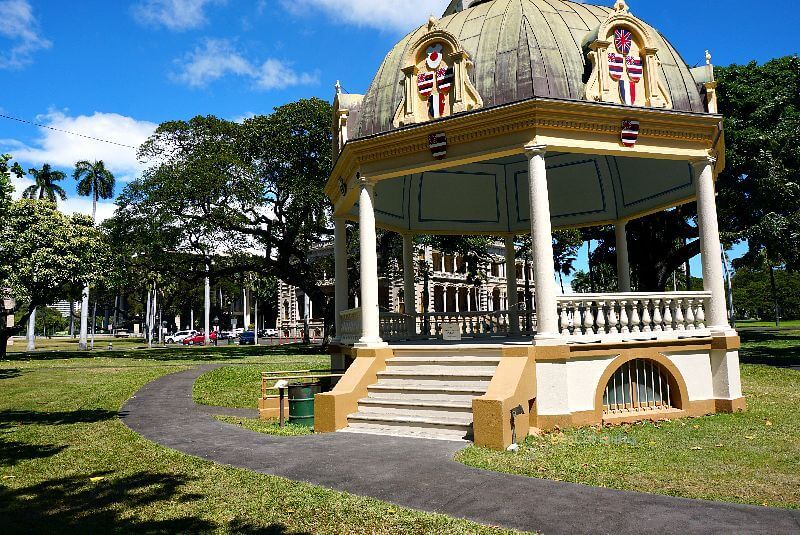 The pavilion is situated on a sprawling manicured green lawn with lots of shade spots to set up blankets, beach lounge chairs, and picnic baskets.  Set up, sit back and enjoy the music.

Check out the Royal Hawaiian Band schedule and see when they are playing at the Iolani Palace next.

The Iolani Palace is easy to get to from Waikiki.  It’s only a 15 minute drive or a 25 minute bus ride. 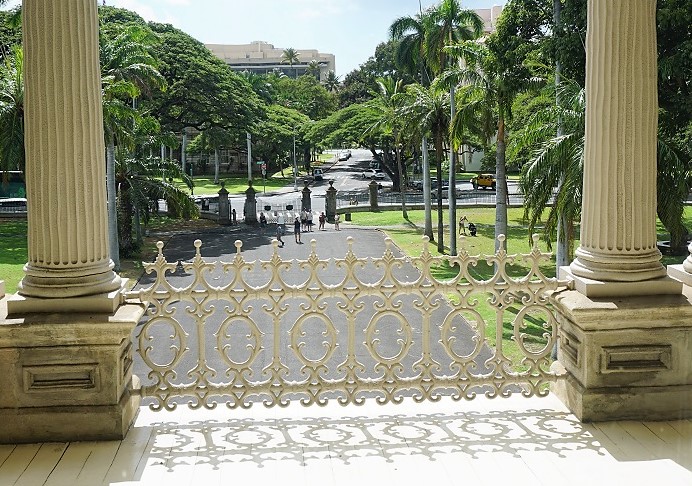 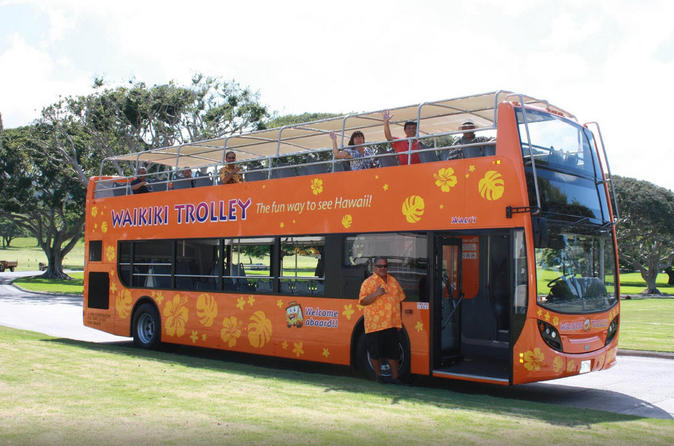 The Waikiki Trolley visits many Honolulu Attractions including the Iolani Palace. There are 4 different routes to explore including the Scenic Tour, Historic Tour, Shopping Tour, and the Island Tour. The Red Line will take you there.  Tickets start around $9 for a child day pass, and go up to $25 - $49 for an Adult 7 day pass.

Travel North out of Waikiki on Ala Wai Boulevard.  Turn right on Kalakaua Boulevard until you reach Beretania St, where you will turn left.

Proceed on Beretania Street for about 2 miles and turn left on Richards Street.  You will see the Iolani Palace as you approach King Street.

You should be able to find metered parking on the surrounding streets.  Note that the meters cost .25 cents per 15 minutes.  There is also a parking garage located at 1099 Alakea Street, which will cost you about $6 for a 2 hour visit.

From Kuhio Ave in Waikiki, wait for either Oahu Bus number 2 or 13, that will take you directly to Iolani Palace.  Returning southbound, you can also take the #19, 20 and 42, which all travel back to Waikiki.

Secure your Admission Passes before arriving!

Iolani Palace on the Oahu Map 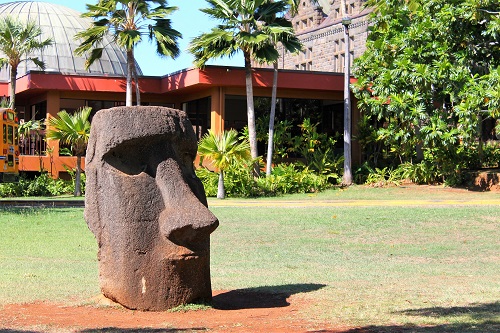 The Bishop Museum has a great historical collection, started in the late 1800's, of the Hawaiian Islands and the Polynesian culture.

The fairly new Science Adventure Center is an interactive experience for the kids, which includes an active erupting volcano, an ancient cave to explore.  Also don't miss the recently renovated Pacific Hall.

Located just 15 minutes away from the Iolani Palace, the Bishop Museum is a fun, educational, and life enriching experience for the whole family. 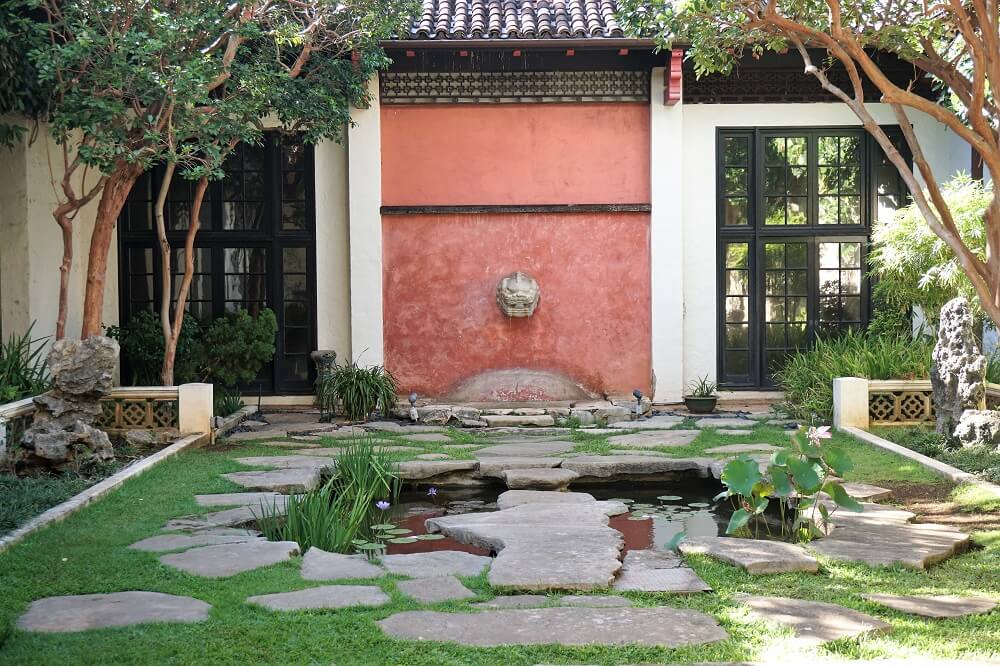 Just blocks away is an impressive display of 50,000 pieces of Asian, European, American, and Polynesian art!  The Honolulu Museum of Art is a piece of artwork in itself that was founded in 1927 by Anna Rice Cooke, and continues to grow today with lots of neat expansions. 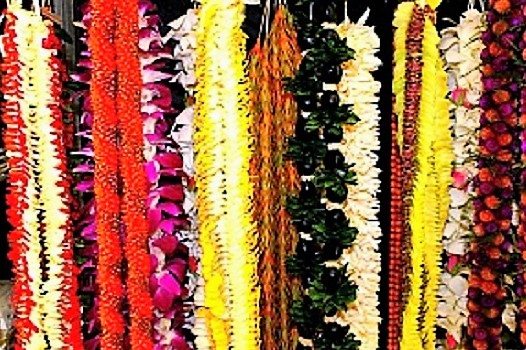 This is a great area to jump into and explore after visiting the Iolani Palace.  You really don’t even have to move your car if you don’t wish to do so.  Pick up a unique fresh Hawaiian flower lei, check out the art galleries, and grab a bite to eat at some of Oahu’s best hip restaurants.

Return to Best of Oahu Homepage